Greetings on the occasion of the establishment of the Foundation

In the area of semiconductor lasers in Japan, a range of R&D projects are being carried out on a continuous basis by researchers who are willing to take up new challenges of innovation. Some of the projects are achieving promising results by applying the latest technology to the conventional themes and ideas with the high potential to flourish as value-added applications in the future.

On the other hand, the overall shrinking research spending in the semiconductor laser sector compared with the past is undermining the broad-based technology development in Japan to maintain a global competitive edge. To address this problem, there is a growing trend towards implementing the integrated and collaborative initiatives aimed at establishing a national level system to secure budget and promote national projects, involving the relevant parties including universities, public research institutes and private companies.

Under the circumstances, for the continuous development of the semiconductor lasers and related device sectors, it is essential to build a versatile research infrastructure applicable both to basic research and business applications on a continuous basis.

That is why I have intended to establish a foundation with the goal of revitalizing the semiconductor laser research activities, raising the technology level, facilitating communication with people involved in the promotion of laser-related technologies in Japan and providing opportunities for meaningful collaboration. 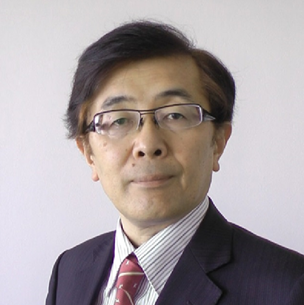 Electronics from the Tokyo Institute of Technology, Tokyo Japan, respectively.

In 1983, he joined the Prof. Suematsu Laboratory, after completing the master’s

In 1986, he received his Ph. D from the Tokyo Institute of Technology.

In 1986, he joined the Electrical Communication Laboratory of NTT.

From 1997, he was a Senior Research Engineer, Supervisor of NTT Photonics

From 1999, he was a Group Leader in NTT Photonics Laboratories.

From 2005, he was a Director of Planning Department in NEL.

From 2007, he was an Executive Manager in NTT Photonics Laboratories.

From 2009, he was a Director of Technology Development Center of NEL.

In April 1, 2015, he established Tsurugi-Photonics Foundation.

He is a president of Tsurugi-Photonics Foundation.

He is a Fellow of IEEE, Optica(OSA), IEICE-JAPAN, and  JSAP.

Philosophy of the Foundation

The principal businesses of the foundation

(2) Financial support and management support to the international conferences,

domestic conferences and research workshops regarding the semiconductor laser-

(3) Research and study businesses regarding the semiconductor laser technologies

(4) Business to host and provide a forum as a place to share and discuss the reports,

information and knowledge obtained from the business activities mentioned above